I ESCAPED RAPE BY A WHISKER

This is a story of hope, a story of Jennifer (not her real name). She was born in Mombasa, the coastal side of Kenya. She grew up with sickly parents, most especially her mother who was always in and out of hospital. Being the fourth born in a family of 5 was not easy as she narrates to me the pain she went through. Growing up, Jen knew pain that she narrates to me became part of her life.

Jen takes a break, looks at both hands obviously reminiscing of the pain that befell her when she was small. The mother finally succumbed then followed the father, living the five sibling’s orphans. The Big brother took over the mantle of fending for the other siblings. This was too much and he eventually could not afford to take Jen to school.

She continues to narrate how she ended up with her rich cousin in Nairobi who instead of taking her to school kept her in the house as a house-help for three months after chasing the existing one. This to Jen was not what she had for-seen coming.

By grace she was introduced to a good Samaritan nurse who agreed to pay her fees. The male nurse, separated from his wife lived alone within the Hospital quarters. He agreed to house Jen together with his cousin and son. This continued for a while until he lost his job and they had to move to a shanty within Kibera Slums. Life took a toll on them as she narrates.

One Sunday, the male nurse unsuspectingly asked his cousin and his son to spend at a friend’s place. Jen had grown to trust him and saw no harm. When night came, disaster struck. The now trusted friend turned to be a wolf in sheep’s clothing.

The pain is so much that I give her five minutes to come to terms with the pain.

She narrates how the guy tried to rape her and when she resisted he punched her face and bit her left cheek. Jen sobs further.

The strength she gathered could only come from God. She fought him off, made her way out of the house and ran to one of the shops. The man guarding the shop asked her what she was doing out at 3am. She tried to explain while trembling. The man pieced one and one together gave her a place to rest her head. The following morning, Jen waited for the male nurse to leave, she then took her school clothes dressed and ran to school.

In so much pain, she explained to the administration what had be-fallen her. They did not believe her. One teacher however stood with her, she recalls her vividly and candidly.

A 14 year old Jen going through so much pain, her parents dead, her siblings far off the Country. Thoughts of suicide, she says crossed her mind. Her resolve to finish education and her God kept her going.

She tried to explain to her Aunt, who added salt to injury by describing her as an ungrateful brat. To her this was utter betrayal.

Jen now is crying with so much pain in her heart.

That day Jen waited for school to end. Ran to the shanty picked her clothes and packed them and ran outside not knowing what next to do.

As she sat out there in the cold dark evening, two ladies walking back home after work stopped and asked what a young girl is doing out there alone. She narrated her ordeal. One of the ladies asked if she is ok to work for her sister without pay. She agreed as long as she had shelter and food.  She did this for six months.

One day while walking the ladie’s son back home from school, she saw a poster of an Organization that pays fee for orphaned children. This was a miracle to her. She called the number on the poster and they agreed to take her in. she informed her employer who just released her. Jen had to look for fare to Kibera, where the school was located. Her resolve to continue education propelled her greater strength. She borrowed some money from a woman who passed by, got to the school and passed the entry test.

There was a big challenge. She had nowhere to call home, nowhere to lay her head.

Her mixed feelings did not deter her, she walked around found a woman overwhelmed by customers and helped her serve them in her shanty hotel. She was paid at the end. Her dilemma still stood where will she go, darkness was drawing near. The woman agreed to give her accommodation for the night.

Following day, she reported to school, spoke to the head teacher and informed her about her accommodation challenge. She was given a space and this enabled her relax and concentrate on her books.

A story of Hope

On finishing High school, she volunteered with Polycom Development Project for six months. She did menial jobs as she mentored the young girls and got paid and saved for her daily use. Madam Jane Anyango, Director at Polycom loved her dedication and work. She went ahead and got Jen accommodation.

Jen eventually got a job with a bakery, worked but still continued to mentor young girls while at Polycom Development Project. She eventually got greener pastures and became a school administrator while finishing her certificate course in medical Records.

Upon graduation Jen, joined a local hospital at the front office managing their records data. This is where she is currently.

She backtracks a little into our conversation and informs me that the male nurse who tried to rape her was one day caught in the same act and has been jailed.

I ask her how she feels about it, she tells me, she still feels betrayed by her Aunt. Her only source of hope, threw her to the dogs to be mauled. She still feels pain.

She has resolved to help others who have gone through a similar ordeal.

Jen has been through pain, she has cried, she has attempted suicide, she has grieved but none of her siblings know about her pain. One day she says she will completely narrate to her elder brother what befell her when she left for Nairobi.

Jen cries for justice. She hopes one day her Aunt will show her love, the parental love that she misses so much.

For now, Jen holds on to hope. Hope that one day the male nurse will pay for what he did to her. 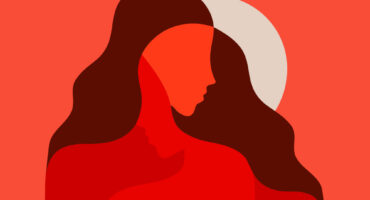 My name is Esther Musavi. I am a single mother and a gu... 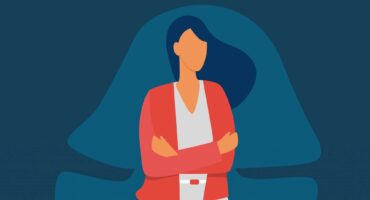 TRAPPED IN A SNARE 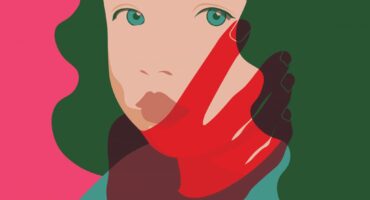 Grace (not her real name) was born and brought up in Ho...

TRAPPED IN A SNARE